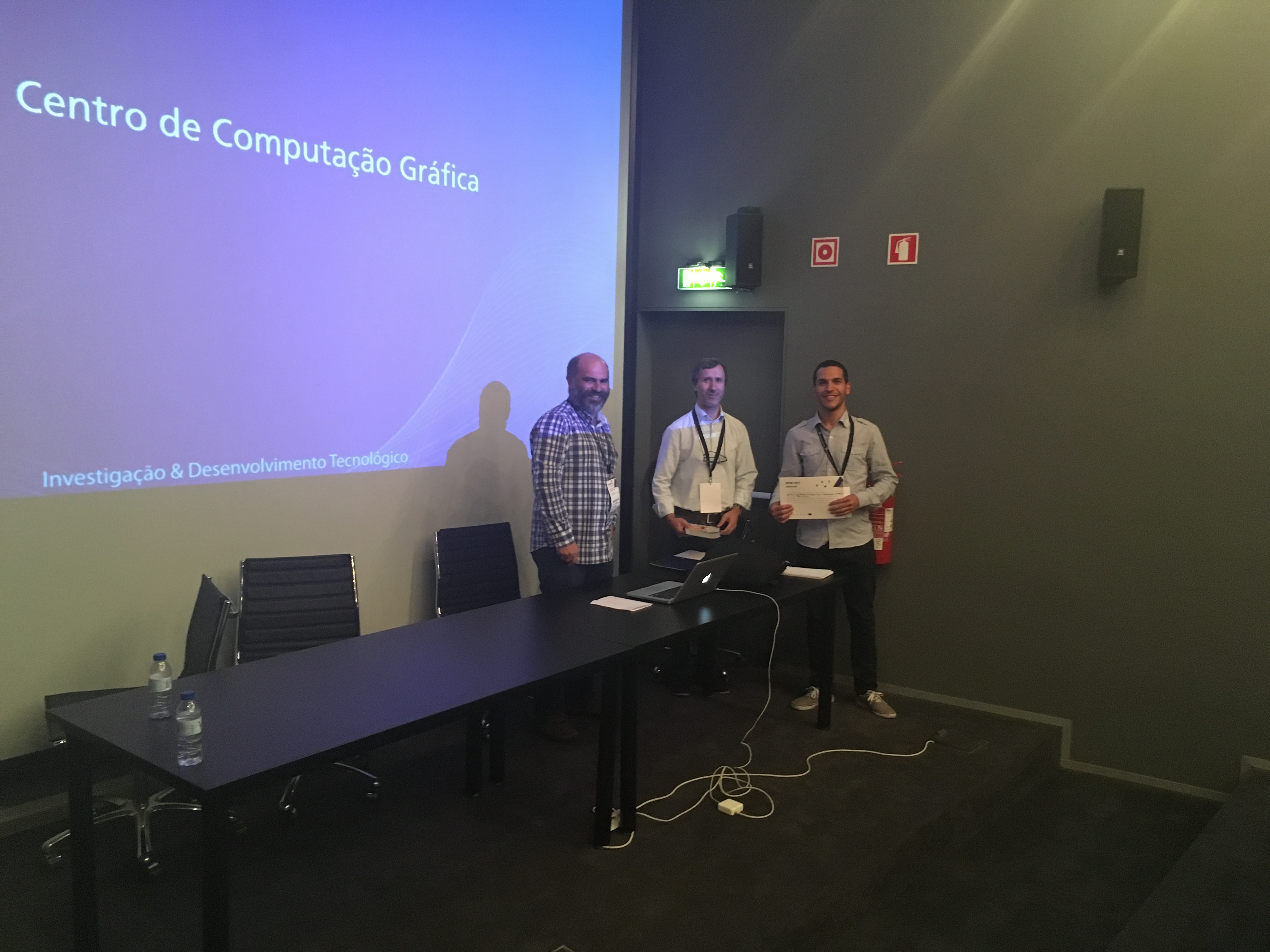 The MASSIVE researcher Pedro Monteiro was distinguished with the prize Best Student Paper Award at EPCGI’2017!

Abstract: “Navigation in virtual environments is important because it allows the exploration of the virtual worlds. This paper presents an objective performance evaluation (based on the Steering Law) of two types of navigation: natural (real walking) vs. not natural (gamepad). Steering Law was the objective performance metric chosen since it captures the relationship between the time to travel a path and the difficulty of that path. In addition to the performance, subjective metrics were also considered, namely the feeling of presence, cybersickness and user satisfaction. The participants had to complete a series of paths with different difficulty indices and the time that a participant took to go through each one was measured. Overall results show that navigation through real walking had better performance, presence, cybersickness, and satisfaction than the gamepad interface.”